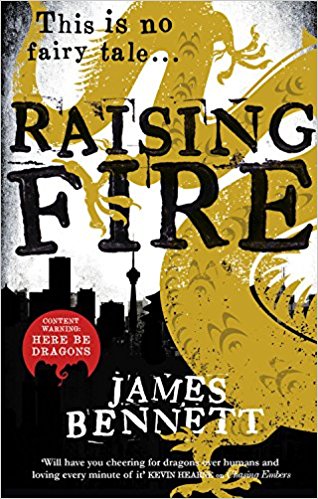 If you missed my review of book one in this series Chasing Embers then you can check it out by following this link.

Life isn’t treating Red Ben Garston well. He’s lost everything he once held dear, including the love of his life. Still, at least he escaped the clutches of a malevolent spirit bent on total destruction. So there is that.

Now Ben just wants to drink, and forget, and drink some more. But he can’t. Not yet.

Because someone is stirring up trouble. Someone who wants to unleash a powerful ancient magic that could bring the realm of mythology crashing into the modern world.

If Ben fails to stop them, the world will burn – and that’s the last thing he needs on his conscience.

This has been floating around the top of my most anticipated books of 2017 since I found out it was being released towards the end of last year. Chasing Embers was one of my favourite books of 2016 and Ben Garston is one of my all time favourite characters partly because I have a huge thing for him, hey, no judgements people, if I want to crush on a dragon I will OK?

Raising Fire delivered everything I was hoping for and more. Moving us on a year from the events in Chasing Embers Ben is still torn up over losing the love of his life. He’s sunk further into the booze and is essentially hiding. But his life isn’t one in which he can hide easily and another faction are after his hide and this time it seems somebody else is looking to wake up all of the remnants.

Yet again Ben is faced with moral choices that leave his mind swirling, he is faced with battles that risk exposure to humans and breaking the rules of the lore. His advisor Von Hart is missing which isn’t helping his state of mind as he has nobody to turn to for advice. New characters are introduced in this book who offer a fresh perspective but in addition give us more questions around who can and should Ben trust.

Ben continues to get under my skin. He’s moody, drinks far too much, he bitches and moans. But he’s also thoughtful and really gives a shit about making the lore work, he gave his word hundreds of years ago and that means something to him. He loves fully and thoroughly and though other remnants look down on him for it he cares about humans and how the things the remnants do could affect them.

This is a solid urban fantasy and I enjoyed it as much if not more than Chasing Embers. I’m also over the moon to know there will be a third book to this series as I’m definitely not done reading about this amazing character.