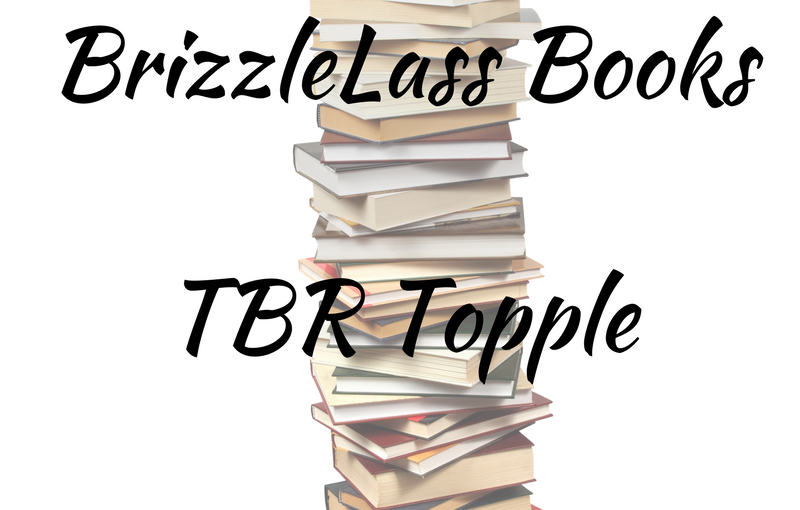 Here we are again, it’s time to start voting on which book from my mountainous TBR I’m going to read this month! Last month you picked The Gunslinger by Stephen King and the review for that will be with you all very soon. As a reminder the choices below are all books that were published in July of previous years meaning they all have a book birthday this month.

I look forward to seeing which one you choose for me and will let you know in one of the weekly updates later in the month.

The Final Empire by Brandon Sanderson
For a thousand years the ash fell and no flowers bloomed.
For a thousand years the Skaa slaved in misery and lived in fear while the Lord Ruler reigned with absolute power and ultimate terror, a divinely invincible leader. Hope is long lost, until a terribly scarred, heart-broken half-Skaa in the depths of the most hellish prison and discovered he has the powers of a Mistborn. A brilliant thief and natural leader, Kelsier will turn his talents to the ultimate caper: one with the Lord Ruler himself as the mark.
Only he’s not just planning the greatest heist in history, he’s plotting the overthrow of a divine despot.
Kelsier recruited the underworld’s elite, the smartest and most trustworthy allomancers, each of whom shares one of his many powers, and all of whom relish a high-stakes challenge. But even with the best criminal crew ever assembled, Kel’s plan looks like a long shot, until luck brings a ragged girl named Vin into his life. Like him, she’s a half-Skaa orphan, but she’s lived a much harsher life. Vin has learned to expect betrayal from everyone she meets, and gotten it. She will have to learn to trust, if Kel is to help her master powers of which she never dreamed.

Letting Go by Maria Thompson Corley
Even though she lives hundreds of miles away, when Langston, who dreams of being a chef, meets Cecile, a Juilliard-trained pianist, he is sure that his history of being a sidekick, instead of a love interest, is finally over. Their connection is real and full of potential for a deeper bond, but the obstacles between them turn out to be greater than distance. Can these busy, complicated people be ready for each other at the same time? Does it even matter? Before they can answer these questions, each must do battle with the ultimate demon—fear.

Told in a witty combination of standard prose, letters, emails, and diary entries, LETTING GO, in the tradition of Chimamanda Ngozi Adichie’s AMERICANAH, is a long-distance love story that also examines race, religion, and the difficult choices we make following our passions. From the Great White North to the streets of New York City to the beaches of Bermuda, LETTING GO is a journey of longing, betrayal, self-discovery and hope you will never forget.

Dead Witch Walking by Kim Harrison
Rachel Morgan lives in a world where a bioengineered virus wiped out most of the world’s human population – exposing the existence of supernatural communities that had long lived alongside humanity. It’s her job as a white witch working for Inderland Security to protect the humans from things that go bump in the night.

For the last five years Rachel has been tracking down lawbreaking Inderlanders in modern-day Cincinnati, but now she wants to leave and start her own agency. Her only problem: no one quits the I.S.

Marked for death, Rachel will have to fend off fairy assassins and homicidal werewolves armed to the teeth with deadly curses.

Unless she can appease her former employers by exposing the city’s most prominent citizen as a drug lord, she might just be a dead witch walking.

Sweet Perdition by Cynthia Rayne
His devil-may-care attitude made him an intoxicating mixture of dangerous and exciting.
Ryker could be the poster boy for poor life decisions.
Elizabeth
Elizabeth Williams, single small-town librarian, knows she doesn’t belong in the notorious biker bar, Perdition. But after watching her best friend marry her ex-boyfriend, she’s ready to drink her cares away. And break out of the good girl mold she’s been stuck in most of her life.
Ryker
Ryker, member of the Four Horsemen MC, can’t take his eyes off the gorgeous, curvy redhead at his club’s bar. He suddenly has a taste for good girls … and he’s going to get him some. Just for one night, of course, because Ryker doesn’t do relationships. Ever.
But when Elizabeth’s ex begins to stalk her, Ryker realizes he’ll do anything to keep her safe.

Darkness Awakened by Stephanie Rowe
When his blood brother goes missing, immortal warrior Quinn Masters will break every rule of his kind to save him, including teaming up with the sensuous, courageous woman destined to be his ultimate destruction.

Haunted by a brutal past, Illusionist Grace Matthews will risk everything to rescue her kidnapped sister, even if it means putting her life in the sinfully capable hands of an immortal warrior whose ravaging kisses and intense passion propel her ruthlessly toward a fateful destiny she can’t afford to believe in.

The Legend of the Calydons: The Calydons are a race of ancient immortals cursed with a dark side. Each Calydon is destined to meet his soul mate, to be so drawn to her that he is unable to resist bonding with her through the rituals of his race, but their destiny is to destroy each other and all they care about the moment their bond is complete.

Well, what a glorious week! I have to say this weather really has brought out the best in me! I am sorry to all of you who turn into vampires and melt at the sight of the sun but I absolute adore this heat and the sun it’s really quite wonderful and I haven’t slept so well in ages. I hope now the temperature has dropped it doesn’t get all dark and gloomy again.

I started my new book feature on the mental health blog this week, it’s a monthly feature where I will review and spotlight a book with a mental health focus. This month was Boys Don’t Cry by Tim Grayburn. A book where Tim talks frankly and honestly about life with clinical depression, it’s well worth a look.

The TBR Topple book has also been decided and I don’t think it will be much of a surprise that the winner was The Gunslinger by Stephen King, I will be reading it next week so expect a review early July.

I’ll be away for a week after this, I’m heading to Cornwall with the tent and Hubs. I’m hoping to get in plenty of reading time though so will be battling to catch up on the reviews when I get home. There will be one blog tour posting during the week as I signed up before I knew I was going away but otherwise things will be very quiet here.

So, onto my bookish update this week… 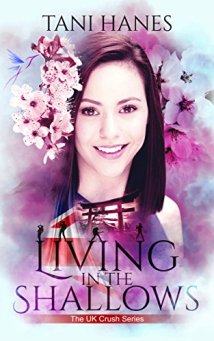 As though I don’t have enough problems with willpower, I signed up to Kindle Unlimited! I’m doomed! 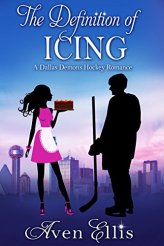 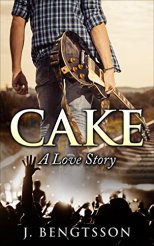 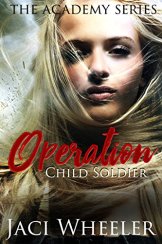 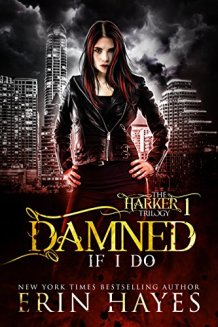 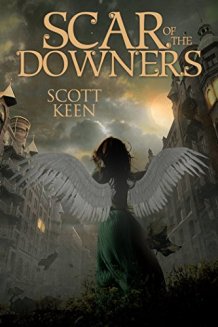 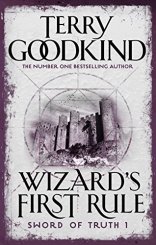 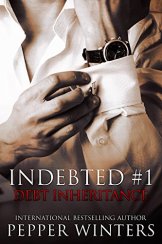 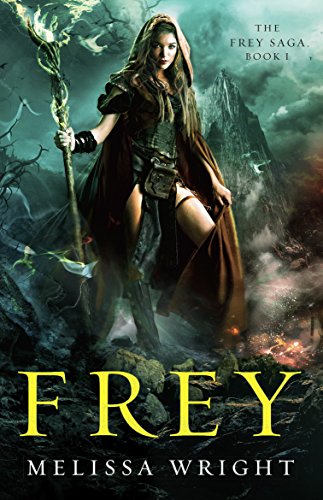 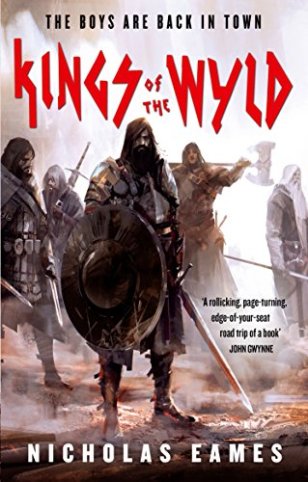 This week I’ve reviewed Nightseer, Ethan’s Daughter, Fallen From Grace, Godblind, and a blog tour for The Second Chance Cafe at Carlton Square. 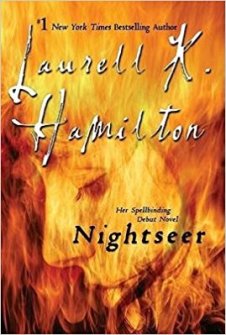 This week I had book blitzes for Shades of the Gods and Come Undone. A cover reveal for An Impossible World. A blog tour for We Have Lost The Coffee. Katherine from BibliomaniacUK joined us for The Bookshelf this week.

It’s been a fairly quiet week this week recovering from my surgery and slowly getting back onto my feet. It’s given me plenty of reading time though so I’m pleased with that!

There are still a couple of days left to vote in the TBR Topple poll if you haven’t already. This will determine which book from my TBR I have to read this month! The new poll will start the beginning of July.

So, onto my bookish update this week…

I’m very pleased as one of these is one I’ve had on my TBR for almost a decade! It finally got taken from the shelf and I read it really quickly…just goes to show what taking that leap can do! 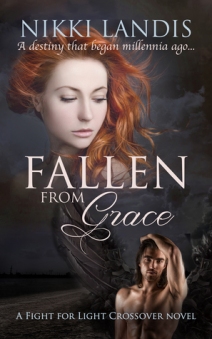 It’s official I have no willpower, no, none at all!

This week I’ve reviewed Under the Tuscan Sky, Mother of Wolves, Moxie, The Shifter Clans Boxset, and The Lost Sentinel. 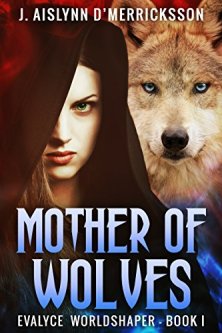 This week I had book blitzes for The Dragonian’s Witch, Seducing the Heartbreaker, and Joy Ride. There was also a cover reveal for Eye of the Tiger. 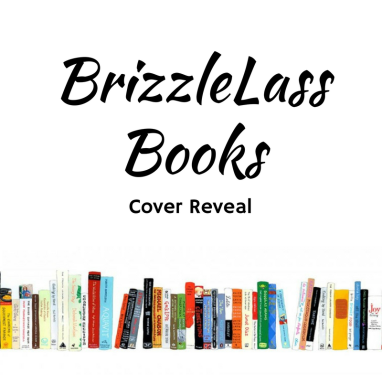 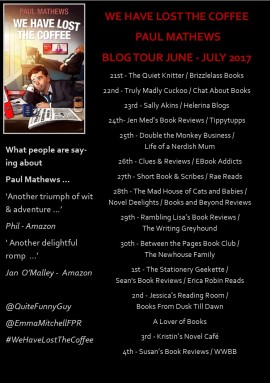 I am pleased to be a part of this book blitz for Joy Ride organised by Xpresso Book Tours. Check out more about this book below along with an excerpt. There is also a giveaway at the end of the post.

IAN
As an English professor at an Ivy League university, I’m at the top of my profession, but something’s missing. I gave up my artistic dreams to pursue an academic career. And I’m still haunted by the scars of my past.

I enjoy breaking the rules and doing what I damn well please. And a dangerous infatuation’s blooming—Darcy’s intelligent, innocent, and virginal. I long to be her first, to teach her every wicked thing I know.

There’s just one problem—she’s my student, the ultimate forbidden fruit.

DARCY
I lead a well-ordered life with to-do lists and schedules. I always do the safe thing, make the right choices. I’ve made all my plans—got accepted into a master’s degree program, and I even have a graduate assistantship lined up.

Although, I long to be an author, like my father, but it’s not a stable career. Yet, I can’t stop thinking about seeing my name on a book cover.

To make matters worse, I keep my thinking about my sexy professor—he’s got a British accent, an attitude, and a bad boy streak. I hang on his every word. When we get close, all my barriers and rules break down. He’s encouraging me to throw caution to the wind and chase my dream.

Can I let go? Have the life I want and the man I long for?

Darcy cleared her throat. “Tonight was fun. I’ll see you in class tomorrow.”

“You too, Ian.” She’d said her parting line, but neither one of us moved, like we were drawn together.

Darcy was so close—within arm’s reach. Before I knew it, I leaned down to steal a kiss. At the very last moment, I changed course and pressed my mouth to her cheek instead.

Dammit. I’d come so close to crossing that infernal line. When I stood upright, Darcy had a fingertip pressed her to lips, mouth parted as though inviting more intimate contact. Or my imagination was in overdrive.

Technically, a kiss on the cheek was innocent. Even if my intentions weren’t. Yet I’d breached protocol all the same.

Cynthia Rayne is a USA TODAY bestselling author of the Lone Star Mobster Series, Let it Ride Series, and the Four Horsemen MC Series. While Cynthia was born and raised a damn Yankee in Ohio, her parents hail from Dixie, and she grew up on homemade buttermilk biscuits and southern wisdom. In her spare time, she enjoys shopping, reading way too many romance novels, and drinking a truly obscene amount of coffee.