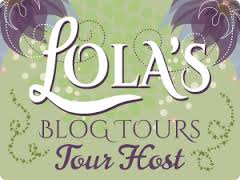 It’s been a slower week this week, I spent a few days away visiting my Sister and Niece in Lincolnshire and so spent some time away from the blogging world, I had some posts scheduled, but didn’t have time for reading blogs or keeping up with thank you’s. So thank you to everyone who shared posts this week and I will get back to reading all of your lovely blogs post haste!

As for Lincolnshire, it was what I needed, some fresh air and time away from the city. We visited Lincoln, my first time there and what a lovely place it is. I also started giving my Niece some music lessons, it was lovely watching her pick up the basics and start to understand how to make a tune and start to read music from her book. I’ve left her with some exercise books which should help her learn some more.

I’ve still been struggling with getting my bipolar under control with the new medication changes so the reading has crawled to a snails pace. Hopefully it will start picking up again soon although there has been a serious miscommunication between the mental health team and GP leaving me minus any medication this weekend so I’m far from amused!

I did get some great news though, the lovely author Aven Ellis dropped me a line to say she had dropped one of my quotes in as her top review on the Amazon page for her most recent novel Sugar and Ice. I’m so flattered, this was such a pleasant book to read and I do hope others enjoy it just as much as I did.

I have also had a couple of great prizes donated for my blogiversary next month! Can’t wait for you guys to see what is up for grabs!

Right, onto this weeks update…

I read When the Floods Came as part of my Discoverability Challenge this month and I can’t wait to write my review for you it far surpassed my expectations.

This week started off slow, then I had an explosion of Blog Tour books sent to me! At least they are mostly for tours right?! haha! I also received the book I won in Rachel Gilbey‘s birthday giveaway, this looks like a treat, thank you so much for that Rachel!

Some great reviews this week, oddly all the books are young adult which considering I’m trying to pull away from the genre is a bit weird!

This week I’ve had a book blitz, a cover reveal and Zoë Markham was featured on The Bookshelf.

I am pleased to be a part of this book blitz organised by Xpresso Book Tours. Check out more about this book below including an excerpt and enter the international giveaway at the end of the post.

A mysterious, blinding white light, followed by a vision, haunts Mandy until something unthinkable happens. She comes home from school to find her mother badly injured. On instinct, through her tears, forces from within surge through her fingertips into her mother, giving her a second wind. She urges Mandy to take a note and leave, but she can’t — not yet.Her hot, dark-haired, muscle-bound neighbor, Joel, finds her and drags her crying towards the door. What awaits them on the other side sends them back into the house, where she learns Joel isn’t who she thought. Her entire life gets turned upside down as her destiny sends her and Joel deep into the world of Bloodseekers and other supernatural creatures.

Before she finished her thought he grabbed her hands. Energy excited her molecules and zipped through her body. She recognized the feeling and wasn’t shocked when he let go of her hands and they were behind the stadium in the field where she first learned Veronica was a witch.

“It’s more private here. We don’t need people listening to us. And your friend is on her way,” he said with grin.

“What?” she said before she remembered witches were telepathic. “Never mind,” she followed up with.

Within a few minutes Lacey joined them, jumping right into it and getting to the point. “I’m so happy you found us. We could use you on our side.”

He smiled. “My parents are powerful witches. As their offspring, I have a collection of all their powers; telekinesis, telepathy, lighting balls and bolts, teleportation, and pretty much anything. Anyone in a witch bloodline has magic, but it has to be practiced.”

Lacey stomped her foot and folded her arms over her chest. “You’ve known about us. You see our glow, so why didn’t you come to us sooner?”

He chuckled. “I’m a witch. I know this is new to you, but we don’t get involved unless you need us. We created Slayers. One person, every other generation in a witch of the light bloodline, that the spelled amulets call to and who can use the magic inside the amulet.”

Alison rolled the idea around in her head. That wasn’t news, but she grasped again at the light witch bloodline thing. A thought clung to her brain and manifested. They didn’t derive all their power from the amulets. They each had magic inside them that accentuated the magic in the amulet.

Lacey twisted her face. “You can help us?

“I can help you draw on your own magic that makes the magic in the amulets stronger. Don’t get me wrong, you won’t be able to share each other’s magic unless you are connected by touch but you can strengthen the spelled magic in the amulets and do most anything with it,” he paused.

“I don’t know if you’ve felt it, but there’s disturbance in our energy field. Something big is happening, coming our way. We need to be prepared and ready and you need to tap into powers that other Slayers naturally tap into overtime. You don’t have that time,” he said, his face and voice grave.

Elle was born in Redwood City, California and spent her childhood growing in and around the San Francisco Bay Area. She graduated from the University of North Florida with a bachelor’s degree in education. For fun she reads, spends time at the beach, travels, and enjoys time with her favorite friends, and family. She is night-owl and gets the majority of her creative writing done during the dark hours.

Head to Rafflecopter to enter the international giveaway to win an $25 Gift Card.